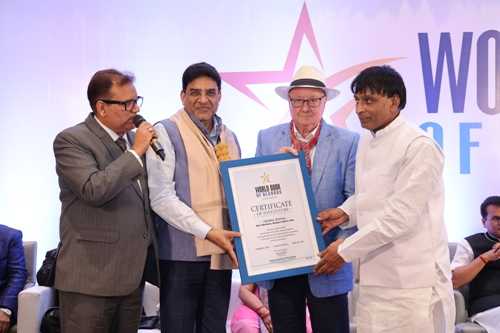 He was congratulated on being nominated as National Adjudicator (India).

Indore: Prominent business magnate Shri Vishnu Goyal of Indore Madhya has been nominated as National Adjudicator (India) of World Book of Records UK. The certificate was presented to him by hon’ble guests at an award ceremony of the organization.